Paul Cadmus, one of the twentieth century’s greatest figurative artists, gained renown for his paintings, yet also produced masterful nude drawings, the male model for which was often his partner of thirty years, Jon Andersson. Cadmus died in 1999, just a few years after enactment of the Defense of Marriage Act (DOMA). After Cadmus II is the reimagining of one of his female nudes, but rather than a line drawing, it is composed from the words of the United States Supreme Court opinion handed down in the case of United States v. Windsor, 133 S. Ct. 2675 (2013) which successfully sought the repeal of Section 3 of DOMA.

There are no reviews yet.

Be the first to review “After Cadmus II” Cancel reply 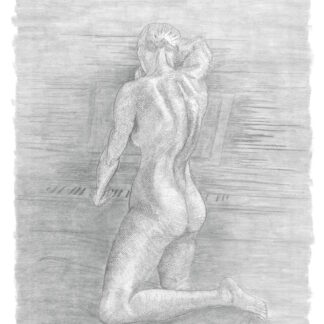 Thank you for shopping. Dismiss